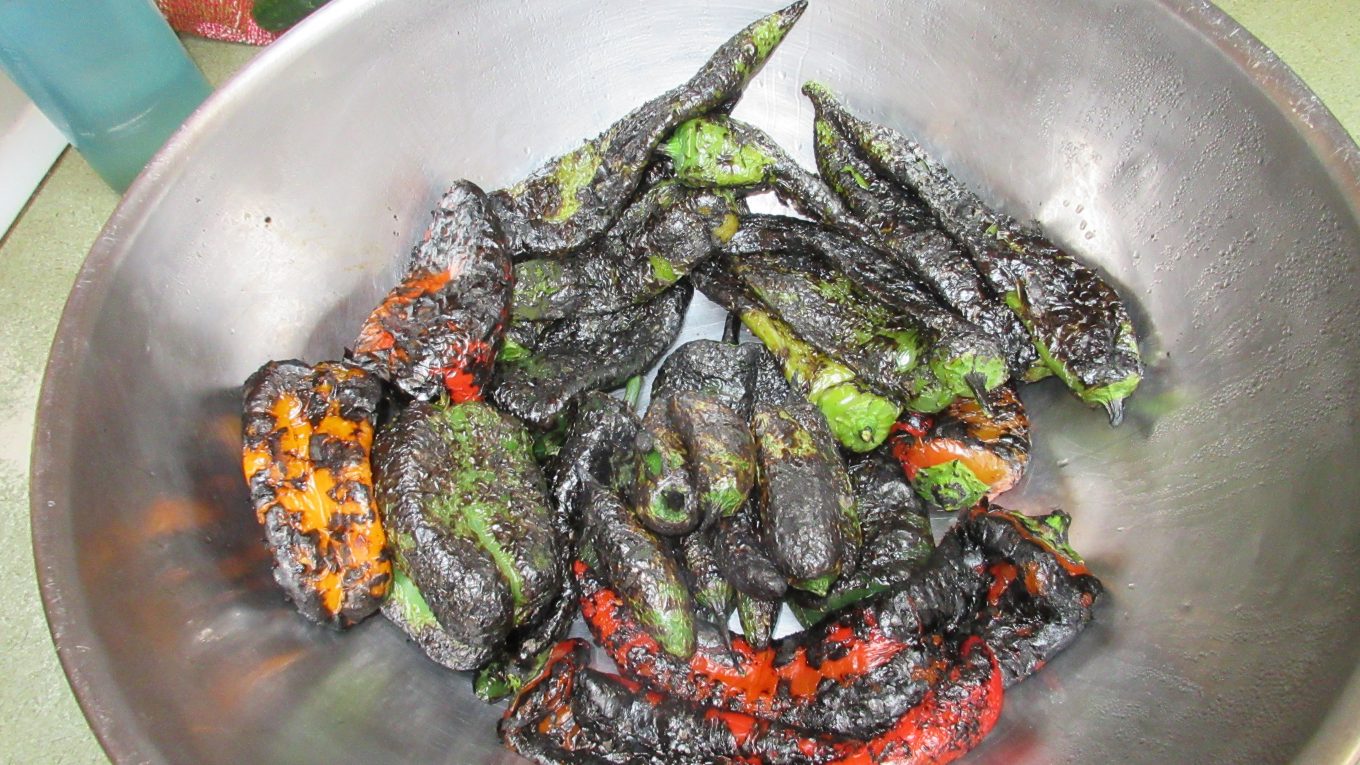 This photo represents just the first of several batches of peppers broiled to char the skins off. We had around three dozen peppers, several of which were poblanos, along with the Anaheims and bell peppers pictured above.
So we get them all skinned and stems and seed core removed, then stuff with cheese, set on parchment lined trays, and freeze them. Then they’re each individually wrapped so that the makings for some great Chiles Rellenos are ready at a moments notice. Oh yeah!