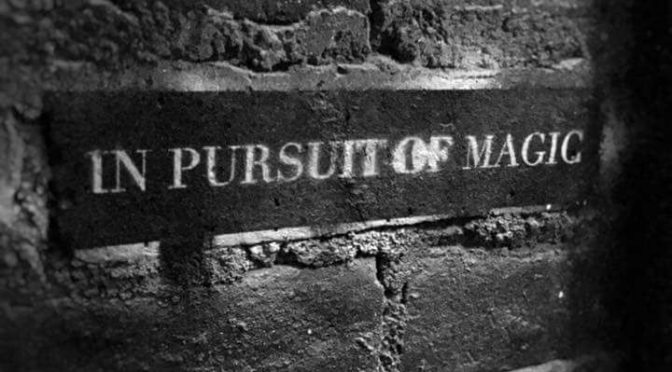 Follow me on a brief journey and get to know just a few of the plants and herbs that have been used to celebrate, commemorate and ritualize the phenomenon known as Hallowe’en. Strap on your riding boots, this broom is ready to fly. Also known as Samhain, Hallows, and All Hallows Eve, the night we call Hallowe’en traditionally represents “… the time when the separation between life and death, between the born and unborn, the veil between the worlds, is at its thinnest… it is the dar sky and dark night that make the new moon possible, the intrinsic duality of new beginnings… That beginnings and endings meet is the great law” of Hallows.

Hallowe’en is decidedly of Irish origin, and was a time for honoring the ancestors. Many of our contemporary trick-or-treating festivities hail from a time of shadows and mist and fae, for when the torch was out… it was dark… Considering the Druid calendar begins on November 1st, we can say that Hallowe’en is also the Witch’s New Year!

In many areas, an apple is present during this time as much as the pumpkin – after all, Hallowe’en is the 3rd and final harvest festival of the Celtic year. The apple symbolizes the soul: cutting one in half laterally reveals a star shape, not unlike the human form.  An apple can be ritually buried on Samhain to symbolize nourishment during a symbolic death until rebirth in the Spring.

As a precursor to our jack-o-lantern, large turnips were once hollowed out, lit candles placed inside, and then set in windows to guard against any unwelcome spirits that might be stirring on that auspicious night.

For those who choose to meditate on the symbolism of the season, the following botanicals will lend their otherworldly vibrations toward that journey.

Oil of Cypress (Cupressus sempervirens) can be used on Hallowe’en to honor and remember those who have passed on, and to be reminded that death is but a doorway to another kind of life. Cypress emanates vibrations of blessing, consecration, protection and grounding. Place a few drops into some steaming water and inhale.

Hazelwood ( Corylus) which is to be gathered on All Hallows Eve, is used to draw a protective magickal circle, and can also be used for divining such as water dowsing.

Often burned with Mugwort (Artemisia vulgaris) – which lends itself to prophetic dreams – Wormwood (A. absinthium) – oh yes, the plant which fortifies The Green Fairy Herself, Absinthe – is used for protection and to induce visions. Both of these plants are easy to grow. Light a small amount in a heat-proof dish then let it smoulder to perfume your lucid dreams.

Myrrh (Commiphora myrrah) has long been used as an incense for meditation and visioning, and for its protective energy, while Clove (Syzygium aromaticum) energizes our love-center as well as protects.

Rosemary (Rosmarinus officinalis) is another herb used for clearing negativity and lending it’s own love vibration to our incense. It offers us the space to focus.

Rosemary is a main feature in this recipe for Meditation Incense, given to me many decades ago, and very inspiring. All ingredients called for are dried, except for the oil.

Blend everything together in your magickal blender (you may need to give it a good soaping afterwards). Burn in your usual way – my usual way is either in a heat-proof dish of sand, or on my woodburning stove. Please take every precaution with burning incense or anything else with embers or flames. To learn more about Samhain and the Great Goddess, read THE SPIRAL DANCE by Starhawk.   https://www.amazon.com/Spiral-Dance-Rebirth-Religion-Anniversary/dp/0062516329

For a more scholarly approach, read THE PAGAN MYSTERIES OF HALLOWEEN by Jean Markale.   https://www.amazon.com/Pagan-Mysteries-Halloween-Celebrating-Dark/dp/0892819006/ref=sr_1_1?s=books&ie=UTF8&qid=1508455450&sr=1-1&keywords=jean+markale+halloween