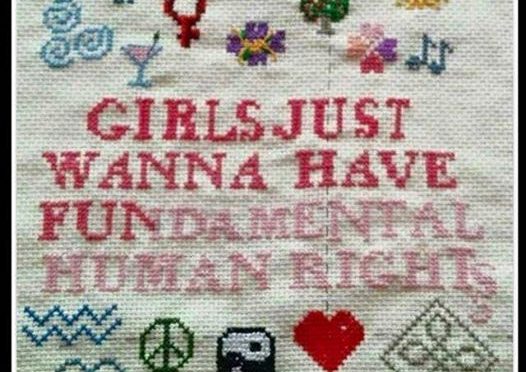 I’m going to tell you a story about something that took place forty years ago. I was nineteen years old, it was so long ago.

I feel kind of funny talking about it, not because it is difficult for me to talk about anymore, since the distance of time has given me some perspective… but because I don’t want to seem like I’m riding the bandwagon of coming out stories… coming out, that is, about sexual abuse.

Because I was a teen-aged mom, I can with perspective understand why Mom looked out for her girls, why there were curfews and that sort of thing.  But I was still a kid in a worldly way. When you are young and someone advances on you, whether aggressively or subtly, when the situation is calculating incongruous inappropriate and you are taken by surprise… you don’t always realize the choices you have at hand.

See, the thing about “sexual” abuse is that the acts may be physically played upon your sexual parts, but the deviousness of it seeps into your head, into your gut, into your very being, like a lesion. It plays upon your psyche, because it’s not about sex, it’s about power. Even if the incident seems superficial – “oh, he just touched you, at least you weren’t raped” – the violation is not. For women, it’s something they face… they have faced… it seems like forever. Like I said, I was a 19 year old hippie chick momma, and I had an appointment at the eye doctor. A friend walked with me the several blocks to the clinic on a nice summer day, and I was wearing my long hair in braids.  Once seated in the chair, we went through all the “which is better, this, or this?”, finally getting to the lens selection for my new glasses. As I’m sitting in the exam chair, before the doctor takes away the swiveling pillar with all the rotating lenses, he says “Do you always wear your hair like this?”, takes ahold of my braid, and rubs his hand on my nipple (like I said, a braless hippie chick).

My body turns to stone. This is crazy. It’s got to be a mistake. I try to speak, to say “No”, whether to his question or to what he is doing, I don’t know… and again he is rubbing the top of his fingers on my breast! Finally I am able to jerk up in the chair and pull my body back, away from him, and I am stunned… the look on his face was as if he thought he was being sly or cute… I really was still a kid in a lot of ways. Examination over.

Doesn’t sound like much, does it? I was shaking inside, and not in a good way. Did I say anything to the receptionist or office manager? No. No, I didn’t. I was 19 and kinda dumb and not very courageous I guess. I was afraid of what I would have to face if I did. I was afraid that somehow me not wearing a bra enticed him to do what he did. Seriously. It wasn’t even a tight shirt, I said to myself (see how pervasively sexism worms its way into our thought processes?).

I had to go back a couple weeks later to pick up my glasses, but in a different part of the clinic. I didn’t say anything then, either. I chalked it up to the doctor being an asshole that needed his fingers broken, but I didn’t know about friends in low places back then, so I went about my life with college and mommying… and, eventually, of course, Feminism. It was an exciting time for me. Meeting like-minded people in that institution of higher learning (and elsewhere) helped me grow as a woman in innumerable ways. And I discovered that what happened with the ophthalmologist was a symptom of a much greater illness. An illness that objectifies women for someone else’s convenience… and they called that illness… Patriarchy.

Laugh if you will, it sounds very dramatic, like Godzilla or Donald Trump descending on a captive crowd. Which brings us to a very disturbing analogy… and I finally realized why it’s okay for me to tell this story now, on the biggest, loudest brass-bandwagon we can muster up… and it’s partly on account of whom I cheekily refer to as Tchump.

I realized that the wave of women coming out about sexual abuse, abuse that happened a few, ten, even thirty years ago, is in response to that man sitting in The White House who so blatantly demeans women and represents our country to the rest of the world! Many men in positions of power have a reputation for feeling entitled. This is not a belief. This is an observed reality. Feeling entitled generally means you are a taker; that you feel owed whatever it is you want; that world revolves around you. Who does that remind you of? I can think of many other men now being publicly named as having the kind of personality to be takers as well.

There are many things one could say about swanky Hollywood parties, lifestyles of the rich and debauched, and the whoredom of politics. When men use their workplace authority over women looking to advance their own careers, it creates a pattern of manipulation that takes more energy than can be imagined to buffer the situation. Women are tired of this…

… Moreover, it’s against the law. And the men responsible for this unbroken lineage of sexism need to be held accountable for it. The lies need to stop. We need to teach our children straight out of the womb to treat other people with the respect you would give something precious, just like them. It’s so very simple. So monumental. So idealistic. You may say I’m a dreamer. Women taking back their power is not the same as men having power over women. Think about that.

Civil rights have to translate into everyday life. Those rights are not to be taken for granted, nor are they to give us a reverse sense of entitlement, as if we are more deserving than men. Equal is equal, that’s all. Sexism is a social disorder wherein the perpetrators believe they are more equal than others because of their position, and they are not willing to share their privilege. Coyness is a symptom of this, locker-room-talk, if you will; it doesn’t change anything. What happened with this presidential selection was carte blanche to every sexist racist NASCAR enthusiast in the country to let ‘er rip, and wave that flag even it’s confederate because, by golly, my woman knows who’s boss.

We are at a turning point. Our country is at a turning point. I don’t know which way it’s going to pivot, but I do know this: the only way out is forward, there is no going back. The cat is out of the bag, and it has nothing to do with a handful of pussy.

A bit of a follow-up here to my original story… A few years later, at-school vision screening discovered my daughter needed glasses too… we went to the same eye clinic, but not to the same doctor of course. I did ask if Dr. So-and-so was still there, and they said no, he temporarily left his practice to go to Jamaica… on a mission… and my heart became frozen then.

Read this as food for thought:  https://www.huffingtonpost.com/entry/the-third-wave-of-feminism-is-now-and-it-is-intersectional_us_586ac501e4b04d7df167d6a8